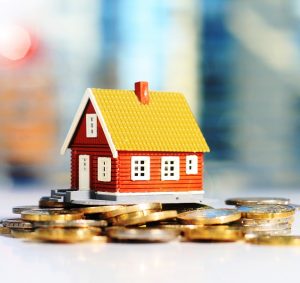 On a mastermind call with Summit attendees a few months ago, Kim Butler asked Todd Langford to share about some misconceptions about mortgage interest deductibility, and the truth of the matter. We had this portion of the call transcribed and thought it might be helpful to you, too!

Kim:  Todd is going to share a little bit about the deductibility of mortgage interest discussion that comes up almost every Truth Training. There’s really no way to show this in the form of a calculator but it is a very valuable piece of information.

Todd, tell us, if you would, how we should be thinking about and explaining the area of deductibility of interest around our mortgages, especially when we have higher income?

Todd:  One of the things that we hear in the field a lot of times mainly from CPAs, they talk about the fact that over a certain amount of income your mortgage deduction gets phased out and the words “phased out” are what’s used most of the time. This is a really a poor word choice, and I’ll explain how it works.

Think about this… “phase out,” what that says to you in your mind. I think for most people what that says is, “Well after a certain amount of income, the amount of my deductions get cut off,” and that’s really not true. What happens, in reality, is for every $1 million worth of income, there’s about $30,000 worth of deductions that are eliminated, and it’s the first $30,000 not the last $30,000 that is eliminated.

What we are being told by using the words “phase out” is that there is a cap or a limit on the amount of deductions you can receive, and that’s not the case.

What’s happening is the first amount, like I said earlier, is what’s taken away. So, if I’ve got $30,000 worth of charitable deductions, then that’s going to automatically be eliminated as far as what I can deduct. What I’m going to want to do is then have more deductions. In other words, an interest deduction would actually add the amount that I’m deducting, so then I would actually get some (more deductions).

So this idea that if you are a high income earner you should pay off your house because you are not getting mortgage deductions anymore is just not true. You want as many deductions as you can since the first X amount is going to be eliminated based on income. Does that make sense?

Todd:  Sure. In that case, what would happen is $43,000 basically would be your total amount of scheduled deductions in that scenario. So $30,000 is going to come off of that which would leave you with the other $12,000 actually you would get to deduct.

Again, the more deductions we have, the more likely that we are going to get some deductible assets. If you think about it, most people that are making $1 million a year of taxable income probably have $30,000 worth of charitable deductions already in some form.

So, anything we can add to that is going to help us get across the $30,000 threshold so that we actually get some deductibility, whereas, like I said, most of the time the accountants are saying you “phase out” at a certain point so now the deductions aren’t doing really good… The reality is the more deductions we have, then the more likely we are actually going to get some.

Kim:  Super. That helps a lot. Let me give it a shot and see if there are any questions for Todd on this issues.

Kate:  This is Kate and I’ve got a question. Isn’t this also true at any income level to some extent? Because I know even at lower income levels, you’ve got to reach a certain amount of deductions before you can itemize. When I was a home owner, that always got me over that threshold and into that land of, “OK, now I can itemize and take advantage of my charitable deductions.”

But there was a period when I wasn’t a home owner, and I realized I couldn’t even deduct my charitable deductions because I didn’t have enough deductions to get me into that land, so then I was only getting the standard deductions, which meant fewer deductions than when I’m a home owner.

Todd:  Absolutely. That’s obviously part of the issue with your standard deductions if you don’t have other deductions then you are just going to take the standard deductions. But like Kate was saying, if you’ve got that home mortgage that’s probably going to kick you up to the area where it definitely makes sense to itemize and then you get to bring your charitable deductions and other deductions. Like I said, that $30,000 per $1 million is just a rule of thumb. It’s not exact and it varies between 0 and a million as to what that deductible amount is going to be.

If you have questions for Todd, we recommend attending our next Truth Training, or The Summit for Prosperity Economics Advisors held each summer.