Do you know the whole truth about how interest rates work?  Did you know borrowing money at 4% and investing at 5% is not a 1% difference but a 25% return?  It may be a 1% spread, but the reason most people cannot identify the 25% return is we don’t typically use financial calculators (like an HP-12c ).  If we do use them, it is still hard to tell what is going on because we can not see all the numbers at one time since the screen only shows the current number we have just input.  At www.truthconcepts.com we have financial calculators that show all the numbers at once so we can tell the whole truth about our money. 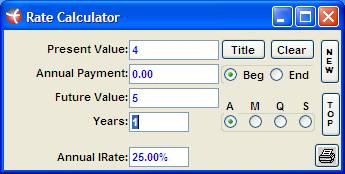 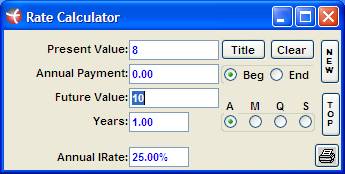 Another area people make miscalculations like this is demonstrated in a story called How Banks Make Money.  We can use 2 interest rate calculators and re-title them the 1980’s and 1990’s to demonstrate that while the spread in both decades was 6% the profit was drastically different.  In the 1980’s banks paid 9% on their Certificate of Deposits and charged 15% for consumer loans like cars and home loans.  As you can see below, that is a 66.67% profit. 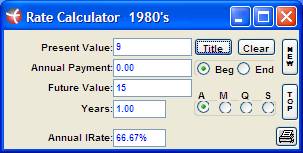 When Alan Greenspan came in and lowered the interest rates (think lowered costs) so that banks were only paying 3% on CD’s and charging 9% on consumer loans, they were able to raise their profit level to 200% as you can see below. 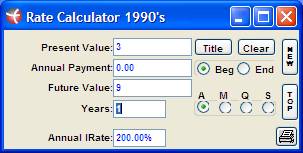 The spread may be 6, but their return is multi-fold.  If the banks went back to 9% on CD’s they’d have to charge 27% for loans to make the same profit. 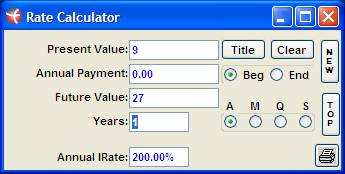 This is not an easy thing to get ones arms or head around. Thinking about the numbers in dollars instead of interest rates can make it easier to grasp.

The moral of this story is one must watch their cost of capital.  This is a subject corporations pay close attention to but consumers don’t.  Many times we don’t think our own money has a cost, yet it does.  And any time we are borrowing money we must be aware of the whole truth of all of the costs.