How Can We Prove a 15% Flat Tax is the Most Efficient?

Let’s use a Cash Flow Calculator from www.truthconcepts.com to tell the whole truth about what happens to an account when it gets taxed. We’ll put in $20 in 1913, the year the tax system started. We’ll show the account earning 20% per year. 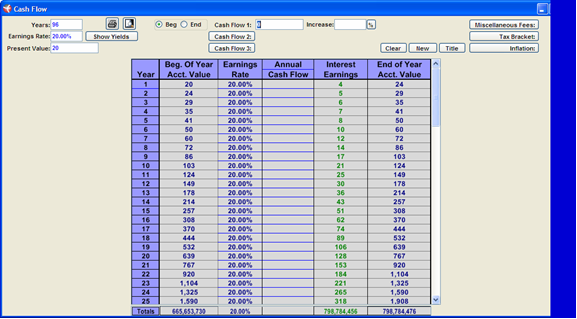 This assumes no taxes or management fees were taken out during this time. 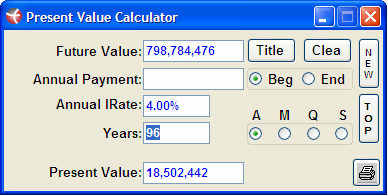 It’s interesting to note that this income tax was intended to be temporary when it started, was only at 8%, and affected only the upper income earners.  The person who owned this account was in a 50% average tax bracket over those 96 years, using the table below as a guide. 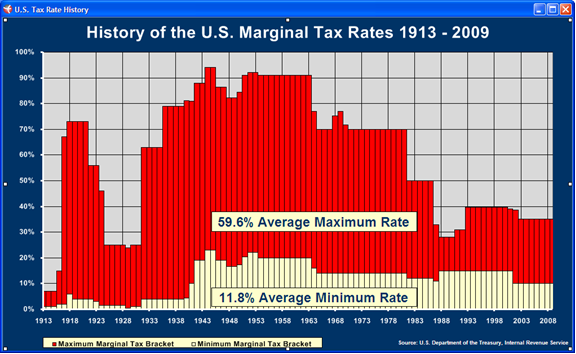 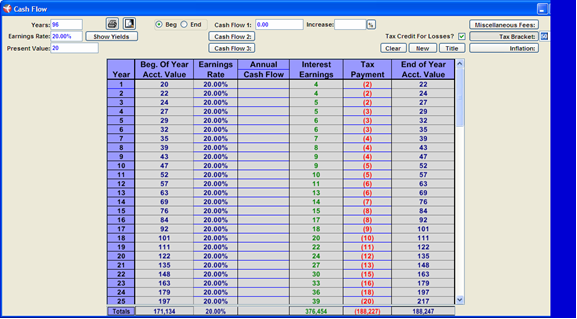 How is that?  It’s due to the fact that taxes are predatory or confiscating in nature.  Every time taxes are taken out of the account, those tax dollars can no longer earn the 20% rate of return the account is earning. This is also known as opportunity cost since the tax dollars lose the opportunity to earn interest.

Now, let’s see what dropping the tax to 40% would do.  Watch both the End of Year Account Value on the far right and the Tax  Payment in red next to it to see how to increase both the owner of the account’s estate and the government’s take as well. 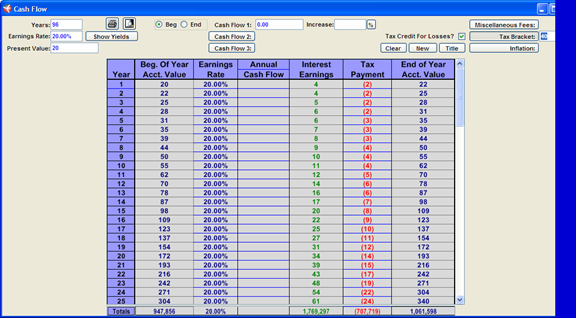 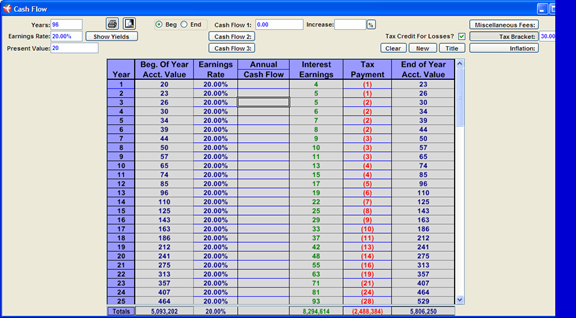 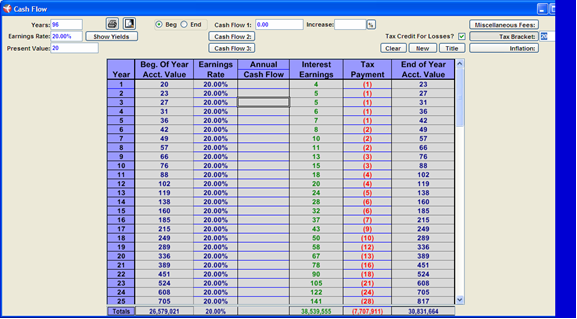 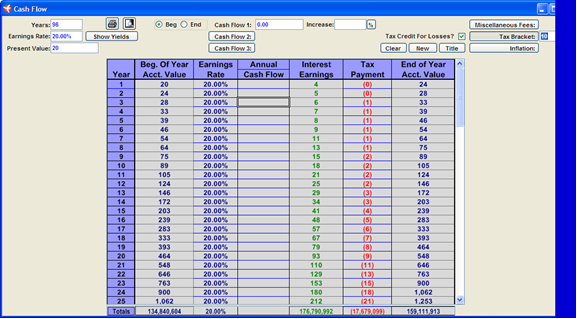 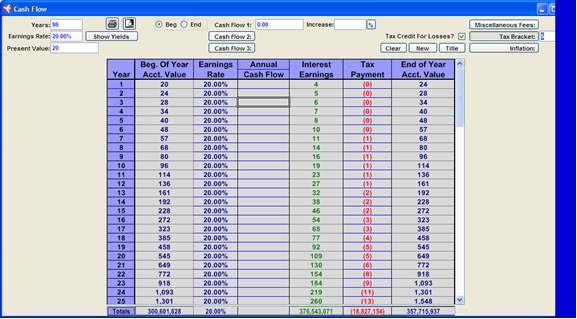 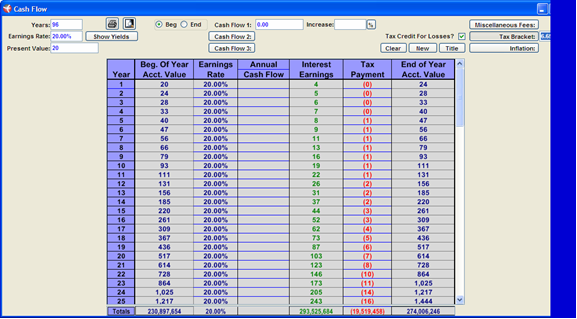 So now that you know the whole truth about the matter, what do you do with this information? Focus on accounts that do not get eroded by taxes and/or implement strategies that mitigate the taxation on these types of accounts such as taking dividends, interest and capital gains in cash instead of re-investing them.