How Do You Know Which Is More Important In Building Wealth, Money Saved Or The Rate Of Return?

How do you know which is more important in building wealth, money saved or the rate of return?  From www.truthconcepts.com  in the calculator called Maximum Potential we can see that it is the money you save and the reduction of costs that matter, not the rate of return.

We’ll look at a Period of 35 years with a personal example where you said your income was $100,000.  It should increase at least 4% a year if not more and for starters we’ll set an after tax Earnings rate of 5%.  You can see on the right hand side that if you didn’t have to eat or pay taxes or spend money in any way, your Maximum Potential would be 16 million. 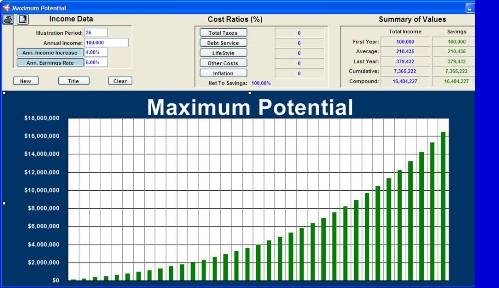 Now, watch what happens as we add Truth to the situation.  Right here in the middle we have Total Taxes at 40%, that’s everything, fed/state/sale tax/property tax you name it.  Notice how 2.9 million of taxes dropped the savings down to 9.8 million.  That is opportunity cost in action.  For now let’s stay focused on this issue of increasing returns or decreasing costs being the better way to build wealth. 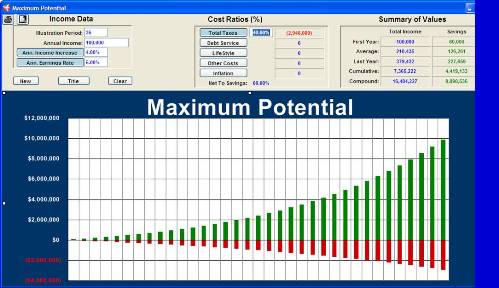 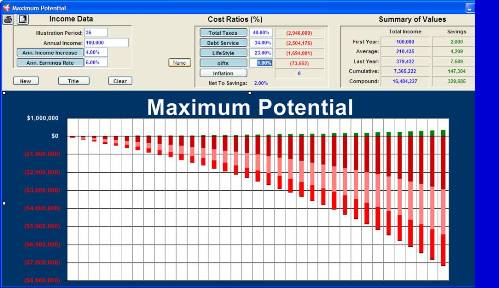 Again, lets stay focused on our question here:  Can we build wealth more effectively by changing the 5% net annual earnings rate on the left or by decreasing costs in the middle?  If we decrease costs, then we can save more money. 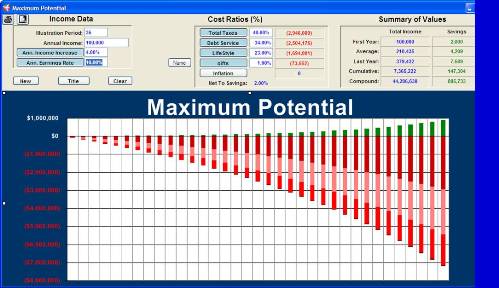 You are right, so let’s go back to 5%.  What if we reduced costs?  Now when I say that, are you thinking I’m going to ask you to eat out less? YES!   Well, let’s see if we can find ways to reduce costs that won’t reduce lifestyle.  What if we shifted our assets around a bit and were able to reduce taxes to 35%?  What did that do?  It changed 329 to 1.1! 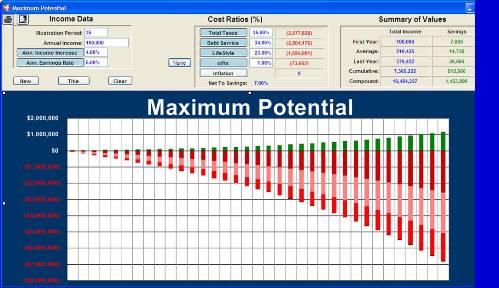 And what if we reduced debt down to 24%?  IT MORE THAN DOUBLED! 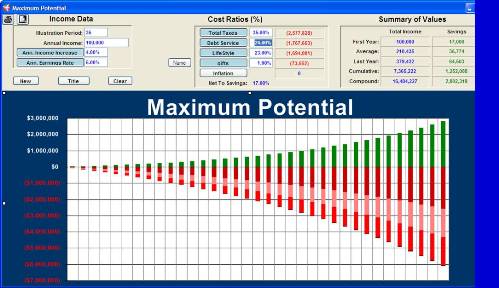