“Computers are smart but they have no imagination.”
– Norman Baker 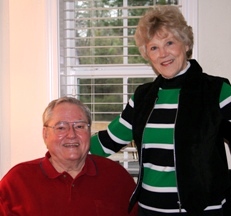 It’s been just over 6 years since we lost Norman Baker unexpectedly at the age of 73. Norman was a truly great financial advisor, our partner in “telling the whole truth about money”, the co-founder of Truth Concepts, and our friend.

This month as we focus even more so on what we are grateful for, we wanted to use our blog to put the spotlight on one of “the greats” in our industry: Norman Baker. We are truly fortunate to have known him as a mentor, a partner, a colleague and a friend.

Todd Langford began working with Norman when he was only in his 20’s. Norman was an advisor and he needed someone to help with computers and other technical aspects of the business.

Ironically, some of the concepts that Norman and Todd set out to disprove didn’t turn out the way that they expected! Concepts such as:

When the calculators showed “the whole truth” about those concepts and others, Norman changed his whole business to reflect the new truths he was learning. His open-mindedness and ability to change his philosophy based on what he knew was best for his clients is something we still strive for each day.

It would be years later that Norman would help us prepare to launch Truth Concepts, and unfortunately, he was not around to see it fully realized. Yet in spite of his physical absence today, his leadership, character and vision live on.

Norman had a sharp mind, a keen wit, a friendly smile, and a way of doing and saying things that were all his own. One of his sayings was, “You don’t get a jury of your peers, you get a jury of people not smart enough to get out of jury duty!”

Norman is pictured above with his dear wife, Peggy. Peggy was a petite runner who enjoyed jogging about 10 miles a week.  Norman was fond of saying he and Peggy “averaged about 5 miles a week, since she ran 10 and he ran 0,” thereby pointing out how ridiculous “averages” were in computing information.

And if Peggy couldn’t figure out why Norman didn’t lose much weight when she put him on a diet, it may have been because there might have been a cake hidden in the office file cabinet!

Norman was famous for his love of food, and often said, “I’ve had more ice cream evaporate off my lips than most people have eaten in a lifetime!”

Once, Norman and Todd went to get ice cream at a convenience store. Norman got 2 pints, so Todd just followed. At the checkout counter, Norman asked Todd if he was getting any. To Todd’s surprise, Norman said, “These are mine, one for now, one for soon after!”

Todd says the first one was gone by the time they were on the road again.

Did you know Norman?

If you did, we encourage you to share your own “Norman stories” or saying in the comments below. If not, we hope that you’ll be inspired to appreciate your friends and mentors just that much more, knowing they may not be around as long as you think.

When we gather around the table and give thanks – at Thanksgiving or any other time of year – we always think of Norman, and we hope that there’s plenty of ice cream in heaven.